Is there a Creator? 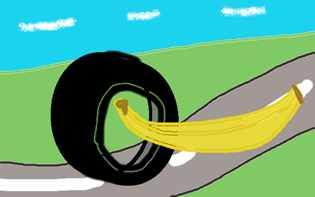 On occasion, there are a few minutes of spare processing time available in my brain and it wanders off to pick through scraps of well-worn thoughts. Bits and pieces are tossed in along with incomplete arguments not important enough to finish but too dear to toss out. Among the sad disregarded concerns, I hear Ray Comfort’s annoying New Zealand accent as he says, “Every human knows intuitively that the Creator is evident because of creation.” This scrap of thought is strangely annoying. It’s like a cactus spine I picked up on a trail. I forget it’s there but once in a while I’ll bump into it, feel the almost unperceivable sharp pain and know that soon it will be festering. I realize that eventually I’ll have to deal with it. There is something fundamentally wrong with the argument. I feel it more than know it. What is it?

“Every human being knows intuitively that the Creator is evident because of creation.”

This is the kind of pithy tripe that makes the president of the Living Waters Publications appear to be in control of every discussion. It is somehow simultaneously undeniably right but actually wrong. Firstly, not every human being intuitively knows anything. Science tells us that our intuition is often wrong. For example, intuitively we feel that the sun rises in the east but we know scientifically that the Earth is spinning about its axis and the Sun is relatively fixed in space. There are many examples of things that we intuitively “know” that are demonstrably wrong. Science keeps us on the right path to knowledge when our intuition fails us. Early humans might have survived without scientific knowledge but now we live in complicated societies that cannot. Science is like the instrument panel in an aircraft. It tells us what is really happening when flight conditions are less than perfect and we can’t rely on our senses and intuition. A pilot will become spatially disoriented and likely to die in a crash in less than three minutes without the aid of instruments when weather requires them. Intuition and “gut feelings” are no help and actually worsen the situation.

The second part of the statement is equally troubling. It is circular. Ray calls everything a “creation” then says it must have a creator. Let’s just back the truck up, shall we? With a small change in terminology this statement will appear as ridiculous as a New Zealander holding a banana in front of his mouth. Let’s replace the word “creation” with “something developed over time.” Realize that the word “creation” is often tied to God in its connotation. When discussing the existence of God or gods or the actions of God of gods it would be best to use more neutral language. However, there is no direct single word substitute. While that’s unfortunate, it’s not the end of the discussion. Creation is the wrong word for many reasons. It also implies instantaneous existence. Nothing we observe was created instantaneously. Everything we come in contact with was developed over time and nothing we see has a single creator. Take a car for example. Does the car have a single creator? I think not. Let’s just take a piece of the car. Take the tires. They were developed over time. They are now made of petroleum products and natural rubber but they started as rubber hoses wrapped around wooden wheels. Over time, improvements were made until we arrived at the steel belted, radial chord, and high performance device now mounted on our highly polished Aluminum alloy rims. There was no creator, not in the Biblical sense, but a series of people and events.

Cars, tires, and bananas were all the results of developments over time. They don’t have “creators” as much as developers. If you feel that I’m being too hard on Ray Comfort, just remember that he wrote the book, “You Can Lead an Atheist to Evidence but You Can’t Make Him Think.” Intuition is not evidence. Tricky word play is not evidence. I’ve yet to see ANY evidence presented that supports the existence of a creator god.