Keith Lowell Jensen and Johnny Taylor will be here to entertain the heathens of
the Tucson area at our only standup comedy venue. These people are funny and
they’re coming here just for us. Tickets are available at the door. $15 along with a
couple of items from the kitchen or bar makes for an affordable night of comedy.
This event is sponsored by FreeThought Arizona and the freethinkers of the Tucson
area. Let’s get together and make this a success.
Keith Lowell Jensen is a freethinking, atheist comedian who has performed at The
American Atheists 50th Anniversary Convention in Austin, TX, Reasonfest in
Lawrence, KS, and Skepticon in Springfield, MO as well as at clubs around the
country.
He has three albums out including his latest Elf Orgy, out on Stand Up! Records.
Jensen has appeared on Spike TV, The History Channel, and the Starz network. He
founded The Coexist Comedy Tour and stars in the film of the same name, currently
running on Starz and playing at select theaters. Jensen’s hour long comedy special
Cats Made of Rabbits is available through Video On Demand starting May 20th,
2013.
Sacramento’s Johnny Taylor uses sharp wit, and off-beat sensibilities to
communicate his sometimes tragic life experiences in a hilarious way.
A dynamic performer, Johnny has established a reputation for displaying a wide
range of comedic styles.
He has opened for some of the biggest names in stand-up comedy, including Robin
Williams, Bobcat Goldthwait, Brian Posehn, Wayne Federman, and more.
Johnny is a regular at every major comedy club in Northern California, including the
San Francisco Punch Line, Sacramento Punch Line, Cobb’s Comedy Club, and 142
Throckmorton Theater, and was recently featured on Comedytime.TV. 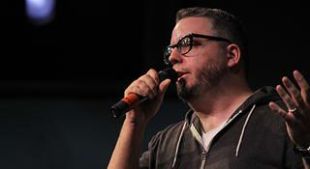